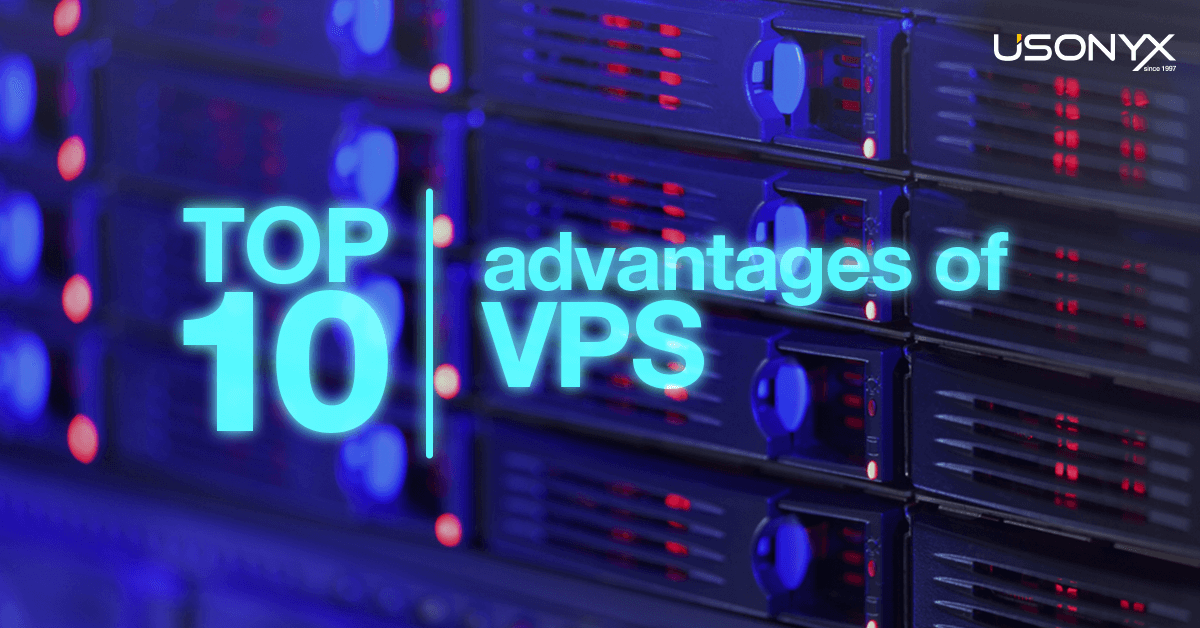 What is so good about VPS that it’s one of the most common host choices? A complete article with not less than 10 advantages of using a VPS, rather than any other kind of host service, should be enough to get a clear picture. Understand the main points about its functionality and how applications can be used within it. Then, decide if that’s the best option for your project.

When hosting files and data in a server, it’s important to be sure that everything is safe. Compared to a shared host, which has a varied number of websites within the same server, the VPS has the advantage of separating them in virtual servers. If other hosted sites are infected, there is no way it could affect your website through the files, as there is no connection between them.
Malicious processes that could lead a server into crash won’t affect your VPS, also because each user has access only to their own server.

Having ten times less RAM or CPU power for a VPS than in a shared host may be much better. That’s because the number of websites sharing the same server in a shared host may vary from dozens to thousands. The consumption of resources is unbelievable, not to mention that one could never possibly control how much is being used by others.

It’s possible to customize everything in the server. All software, scripts and processes that will run in the VPS can be installed and used by the user. That involves also any issue that may appear, but that can be resolved with some help from the support team. Also, there is the option to hire monitoring and troubleshooting services from the company.

Since the user has all the power to install and run applications, the latest and possibly safest versions of everything, from MySQL to Apache, can be installed. Not only that, it’s simple and quick to purge the system and verify important errors, in case anything shows. For shared hosts, nothing aforementioned is taken for granted. Troubleshooting may take ages and the risks are too many for any business.

VPS are not only cheap. If all the problems of free and shared servers are counted within a year, the costs in term of downtime and losing users is enormous. If it’s not expensive to maintain a much more efficient and reliable option, than it’s obvious that this should be the choice of anyone trying to pick the best hosting option.
Compared to a dedicated server, it may not have the same power and capacity, but the price may be ten or even twenty times less, mostly with resources capable of handling even big amounts of data and processes.

With root access to everything, troubleshooting and the configuration of any server is easy for people with some technological knowledge. Relying on a support team that is the only one with access is dangerous. Issues may take up to several days until being solved, maybe even not satisfactorily. Even when choosing a managed VPS, it’s a service being directly paid for, which makes it a much quicker way to solve any problem.

Another advantage of the VPS compared to a shared host is that it could meet anyone’s needs. At the purchasing moment, one has several setting options, to make sure it will be just perfect for the business. Not too much that it could be costing more than it should, not too little to avoid crashes.
Install every application and feature you may need, adding tools that could make the management an easier task, customizing the VPS entirely.

The risks of losing important data in the server are bigger in shared hosts. In a VPS, there aren’t many other people using the same host, so the risk of everything going apart is only on your account. Besides that, backup services are often cheaper and much easier to use, within the VPS option.
As it’s a virtual server, it could be accessed from anywhere, so that both the creation of backup and its restoration are possible as long as there is an internet connection.

Everything was planned according to the business needs, but fortunately its growth was bigger than expected and the server will be no longer capable of handling it. Still not a problem, as it’s very easy to upgrade any VPS. The downtime, if there is any, will be almost unnoticeable, and everything will migrate to another virtual server with the increase in resources that your business needs.

Differently from a shared host, a VPS server allow the application of varied SMTP services dedicated to it. That way, it’s possible to efficiently send through a private IP many e-mails to customers. When it’s shared with other websites, which aren’t known by the business owner, the risks of being black listed because of them is huge.
It becomes not only a matter of security, when it affects such an important aspect of the business, which is the contact with clients.


In short, all the 10 advantages of VPS, mostly compared to shared hosts and sometimes matching the power of a dedicated server, are enough reason to consider it as a hosting option. It’s time to decide where to buy the new virtual home for your business in the web.